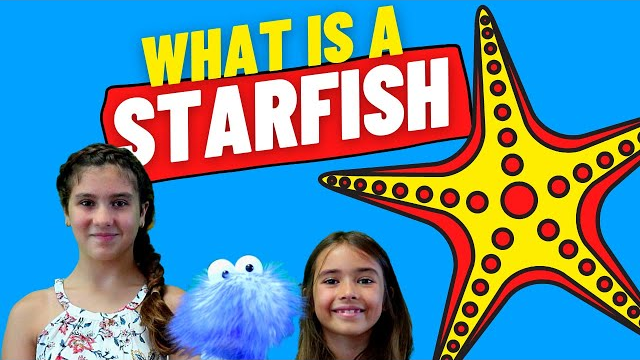 There are roughly 2,000 different species of sea stars, and they may all be found in aquatic environments. However, other than their habitat, the only similarity between sea stars and fish is that they are found in the ocean. They lack both gills and scales, and they do not have any fins.

Only in the salty ocean environment can sea stars survive. Through what is referred to as a “water vascular system,” the nutrients are transported throughout their bodies using sea water rather than blood. In addition, sea stars move with the help of teeny tube feet that are positioned on the bottom of their bodies.

Sunflower sea stars that have reached adulthood are capable of moving at the incredible rate of one meter per minute utilizing 15,000 tube feet. Sea stars have tube feet, which help them cling onto their prey. Sand dollars, sea urchins, and sea cucumbers are all related to sea stars.

Why are starfish and jellyfish not fish?

Even though they don’t appear anything alike, starfish and jellyfish have a few characteristics in common that make them both stunning species. Both are completely devoid of brains and bones, and neither is a fish in any way. They are known as marine creatures since the salt water of the ocean is their natural habitat.

Why are jellyfish not considered fish?

Anyone who has witnessed the dome-shaped body of a jellyfish moving through the water as its tentacles dangle behind it can attest to the fact that jellyfish are a sight that is equal parts frightening and fascinating. When you see them, it’s easy to start wondering: what exactly are they? Naturally, jellyfish are not true fish since the anatomy of a fish is concentrated around its backbone, but the anatomy of a jellyfish is dome-shaped, making it an invertebrate rather than a vertebrate.

Therefore, it is more accurate to refer to them as “jellies” rather than any other term. Believe it or not, these wandering organisms are most closely related to corals, sea anemones, sea whips, and hydrozoans. They have the form of an umbrella and have tentacles that dangle down from their bodies. Why? They are easily distinguished from one another due to a stinging cell that resembles a harpoon and is used to grab prey.

It is common practice to refer to these cells as cnidocytes (pro tip: omit the “c” sound while pronouncing the name), which is derived from the ancient Greek word for nettle. Cnidarian is the name given to the creatures that belong to this phylum as a result.

As a result, they move along with the currents and frequently emerge in big groups that are referred to as a “bloom,” “swarm,” or “smack.” Some people believe that only members of a certain type of cnidarians may be called “genuine jellies,” yet the term “jellyfish” is used to refer to a wide variety of organisms that appear quite similar and have tentacles that hang down.

This is due to the fact that they do not possess any stinging cells, which renders them harmless to human beings. A Few Additional Animal Facts

Are jellyfish and starfish similar to fish?

Because jelly fish are classified as cnidarians rather than fish, they cannot be compared to true fish in any way. Echinodermata is the group that includes starfish. Pisces is the class that encompasses fishes.

How does fish differ from jellyfish?

In contrast to fish, which are vertebrates and therefore have a backbone, jellyfish and other coelenterates are invertebrates. This is one of the most notable distinctions between the two groups. In contrast to fish, jellyfish are able to reproduce sexually and asexually at various phases of their life cycle. Jellyfish do not have a skeleton, a brain, or a central nervous system.

Why starfish is not a fish?

There are roughly 2,000 different species of sea stars, and they may all be found in aquatic environments. However, other than their habitat, the only similarity between sea stars and fish is that they are found in the ocean. They lack both gills and scales, and they do not have any fins.

Sunflower sea stars that have reached adulthood are capable of moving at the incredible rate of one meter per minute utilizing 15,000 tube feet. Sea stars have tube feet, which help them cling onto their prey. Sand dollars, sea urchins, and sea cucumbers are all related to sea stars.

Why is a jellyfish a fish?

In spite of their name, jellies are not classified as fish but rather as invertebrates, which are creatures that do not have a backbone. Golden Jellyfish is its more common name. Scientific Name: Mastigias papua etpisoni Invertebrates are classified under the Smack group. Dimensions: up to 5.5 inches in length Tentacles of jellyfish contain minute stinging cells that can temporarily shock or even paralyze their target before the jellyfish consumes it.

Jellyfish digest their food quite rapidly. If they were forced to go about while carrying a substantial meal that had not been digested, they would be unable to float. They eat things like fish, shrimp, and crabs, as well as small plants. Jellyfish are delicious to sea turtles, which is why they eat them.

What are jellyfish classified as?

Types of Jellyfish – The Haliclystus californiensis is a rare species of staurozoan, sometimes known as a stalked jellyfish. It is around 2 centimeters in length and was captured off the coast of California. (Allen Collins) Jellyfish are all members of the animal kingdom known as Cnidaria, which also includes sea anemones, corals, and other related organisms.

For this reason, SCYPHOZOA are also frequently referred to as “real jellyfish.” There are at least 200 different species of scyphozoa, all of which spend the majority of their life in the medusa body shape. HYDROZOA are animals that resemble jellies, although they are not in the same taxonomic family as “real jellyfish.” The bottom-dwelling polyps, also known as hydroids, typically take the shape of enormous colonies, in contrast to the swimming medusa stages of this group, which are sometimes rather tiny and difficult to spot.

Because they all develop from a single egg that has been fertilized, the zooids that make up a colonial siphonophore are all genetically similar to one another despite their differences in morphology and function. Within the Mariana Trench, at a depth of 12,140 feet (3,700 meters), researchers in 2016 found what they believe to be a new species of the hydrozoan genus Crossota.

This Crossota jellyfish is an exception to the rule for the vast majority of hydrozoans and will spend the most of its life as a huge medusa. It appears to be floating in the water column like a bright spacecraft. There are around 3,700 different species of the phylum Hydrozoa. CUBOZOA are known as the box jellyfish due to the box-like appearance of their bells.

Some cubozoans, like the marine wasp (Chironex fleckeri), are responsible for the creation of some of the most powerful venom ever discovered. In addition, cubozoan jellyfish have sophisticated eyes that consist of lenses, corneas, and retinas, which sets them apart from other types of jellyfish in terms of their evolved neurological systems.

(If you’re interested, there’s a podcast just about box jellies.) The STAUROZOA are the stalked jellyfishes, and unlike other types of jellies, they do not float through the water but rather attach themselves to rocks or seaweed in order to live. They have a form similar to a trumpet and prefer to inhabit colder waters.

Is shark is a fish?

Do sharks count as fish? – Yes, sharks are classified as fish. They breathe through their gills, which they utilize to extract oxygen from the water in which they dwell. The bodies of sharks, unlike those of most other fish, are constructed of cartilage rather than bones.