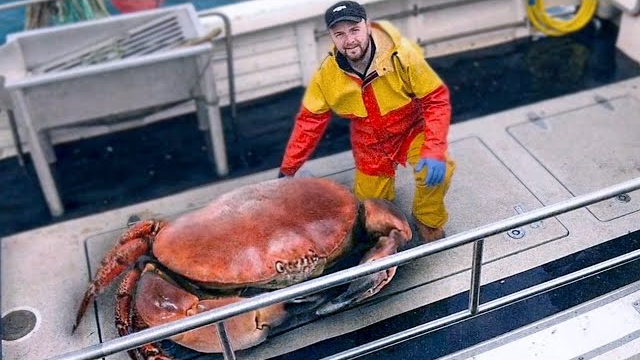 Crustaceans The most important classes of crustaceans

Woodlouse or slater a land-living crustacean Crustaceans (make up a very large group of the Arthropods which include the crabs, lobsters, crayfish, shrimp, krill, barnacles brine shrimp, copepods, ostracods and mantis shrimp. Crustaceans are found in a wide range of habitats – most are free-living freshwater or marine animals, but some are terrestrial (e.g. woodlice), some are parasitic (e.g. fish lice) and some do not move (e.g. barnacles).

table>There are over 50,000 known species of crustaceans divided into a number of major groups – the Branchiopods, the Maxillopods, the Ostracods and the Malacostraca. The Malacostraca are further divided into five groups – decapods (e.g. crabs, lobsters and shrimp), stomatopods (mantis shrimp), euphausiids (krill), amphipods (e.g. sandhoppers) and isopods (land-based) crustaceans. Crustaceans are invertebrates with a hard exoskeleton ( carapace ), a segmented body that is bilaterally symmetrical, more than four pairs of jointed appendages (“legs”) and an open circulatory system (the “blood” does not flow in a closed loop). They also have eyes usually on stalks, a primitive ventral nerve cord and “brain” (ganglia near the antennae), a digestive system which is a straight tube for grinding food and a pair of digestive glands. Gills are used for respiration and they have a pair of green glands to excrete wastes (found near the base of the antennae). Features of Arthropoda

Their bodies are composed of three body segments – the head , the thorax and the abdomen . In some species the head and thorax are fused together to form a cephalothorax which is covered by a single large carapace. Each or body segment can have a pair of appendages. For example, the Malacostra have a head with 5 segments,a thorax with 8 segments and the abdomen has 6 segments. On the segments of the head, these include two pairs of sensory antennae, one pair of mandibles (for chewing food), and two pairs of maxillae (to help the mandibles in positioning the food). The thorax has legs, which may be specialised for use in walking or feeding. The abdomen has legs usually used for swimming ( swimmerets ) and ends in a fan-shaped tail ( telson ). External anatomy of decapods

Most Crustaceans are either male or female and reproduce sexually. A small number, including barnacles, are hermaphrodites. In other species, viable eggs are produced by a female without needing to be fertilised by a male. In many decapods, the first one or two pairs of swimmerets are specialised for sperm transfer by the males and the females hold the eggs until they hatch into free-swimming larvae. In many species the fertilised eggs are just released into the water or attached to objects in the water. The larvae metamorphose through a number of stages before they become adults. Most Crustaceans are motile (able to move about independently) and can be herbivores, carnivores or detritvores. Some are parasites and live attached to their hosts (e.g. fish lice).

Diversity in Crustaceans Marine crustaceans have a very wide range of predators from mammals like sea otters and seals, other crustaceans, molluscs (e.g. octopuses), sea birds, fish and humans. They protect themselves by a variety of methods – their hard exoskeletons, their chelipeds, camouflage and rapid escape (burrowing or swimming away).

Lobster Thermidor Many crustaceans, especially the larger decapods (crabs, lobsters, shrimp, and prawns) are eaten by humans and are therefore important to human economies. Krill are also caught in large amounts. Small planktonic crustaceans, such as copepods, water fleas, and krill, are major links between the photosynthetic phytoplankton and larger carnivores such as fish and whales in marine food webs. Other crustaceans are crucial in recycling nutrients trapped in the bodies of dead organisms.

What type of fish eats crabs?

Crabs’ natural enemies in the water are fish such as bass, halibut, cod, dogfish, and sharks, all of which are powerful enough to defeat a crab in a fight. When crabs are juveniles and when they are replacing their old shells with new ones, they are exceptionally defenseless, which makes them an ideal prey for predators.

Are all crustaceans predators?

A few species of crabs and lobsters are known to actively hunt, capturing their victim in their formidable claws. Because of their hairy legs, barnacles are able to filter water for the presence of very small animals. Woodlice feed on the decaying remnants of plants.

What eats a lobster in the ocean?

Predators and Diet – The man is the most dangerous and destructive predator of the American lobster. The ground fish like as flounder and cod, sculpins, eels, rock gunnels, crabs, and seals are the species that pose the greatest threat to them, second only to humans.

They are also known to catch species that move quickly, such as shrimp, amphipods (also known as sand fleas), and even fish that are not very large. Lobsters obtain the majority of their nutrition from eating animals; but, when animal food is rare, as it might be in the springtime, a lobster will resort to eating plants or sponges for its energy needs.

An autumn main course for a lobster in the Northumberland Strait, which is a location that makes up a significant portion of the southern Gulf of St. Lawrence, is a recently established crab. Crabs can provide up to half of the required amount of food for energy that lobsters need in this area. There are those who hold the opinion that lobsters are cannibals.

This discovery was made quite some time after the first discovery. A lobster could consume some of its old shell in order to extract the calcium contained inside it and use it to fortify the new shell that is currently being formed.

Carnivorous refers to the fact that sharks solely consume meat from other animals in their diet. There is a very wide variety of food that sharks consume, ranging from snails to sea urchins, crabs, fish, rays, and even other sharks as well as seals and birds.

Although certain sharks will consume carrion (dead animals), the vast majority of sharks will only consume live food. Because they do not need to expend energy to keep their core temperature elevated like mammals do, sharks consume a proportionally smaller amount of food compared to their size. The equivalent of one to ten percent of their body weight is consumed per week by sharks, most of the time in only one or two meals.

They digest their food in the intervals between meals, and they do not eat again until they have finished digesting the food from their most recent meal. Sharks that consume animals with tough shells, like bullhead sharks, have teeth that are shaped like flat crushing plates.

These whales use the gills on their heads as huge strainers to separate their food, which are called krill, from the surrounding water. When whales move through the water with their mouths open, it is possible for minute crustaceans in the environment to become entangled in the mesh-like projections of the gills.

There has been a lot of research done on the feeding behavior of white sharks. This shark will frequently approach its prey from below and behind in order to decrease the likelihood that its victim would notice its presence. After drawing within a few meters, it accelerates its approach and closes the gap in record time.

What eats a starfish?

Learn some interesting information about sea stars with these quick facts! Did you know that sea stars have a strange method of digestion? They do this by pushing their stomach out through their mouth and wrapping it around their meal, which allows them to digest their food outside of their bodies.

What animal eats a crustacean?

It is not unheard of for a land-dwelling animal to forage for crustaceans by wading through water, and this behavior is not unusual. Many animals, including raccoons, opossums, apes, monkeys, rats, seals, and sea lions, look forward to a feast of crustaceans when the opportunity arises.

Why are crustaceans so important?

The Function of Crustaceans Within Their Ecosystem – Crustaceans play a crucial part in the ecosystem because they provide essential food supplies for a wide variety of organisms, including humans and marine animals. The smaller crustaceans have the ability to filter the water and recycle the nutrients, while the bigger crustaceans can provide a food supply for the larger aquatic animals.

Crustacea that live on land are equally important to the environment because of their role as decomposers of species that have died. The consumption of significant quantities of algae by small crustaceans helps to control the growth of these plants, which in turn contributes to the creation of cleaner waterways, which in turn allow seagrass beds to receive light and oxygen.