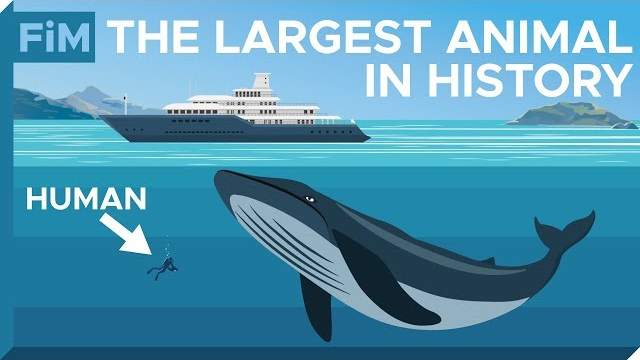 Since 1939, the blue whale has been under legal protection in several regions of the Southern Hemisphere. The International Convention for the Regulation of Whaling granted them full protection in the North Atlantic in the year 1955; this protection was then extended to include the Antarctic in 1965 and the North Pacific in 1966.

Although it is claimed that blue whales in the Southern hemisphere have had a ‘astonishing’ resurgence in recent years, it is not usually expected that their global population will number more than 25,000 by the year 2021.

The blue whale, which was previously hunted to the point that it was on the verge of extinction, is making a return. According to biologists, the number of blue whales has increased from a few hundred to a few thousand. The scientific research that was published in 2007 by the International Whaling Commission states that the population of blue whales in Antarctica, which are regarded to be the biggest animals that have ever lived on Earth, increased by 8% per year between the years of 1983 and 2003/04.

“The most recent evidence is incredibly positive,” the IWC’s head of science Greg Donovan told the BBC. Since at least the beginning of this decade, when reliable data is available, the population of blue whales has been growing at a rate of around 7% to 8% each year.

Despite the fact that there are only approximately 2,300 of them over the entirety of the southern hemisphere, which is a negligible portion of what there used to be, it’s encouraging to see that their numbers are rising. There is little evidence available for the northern hemisphere, however off the Icelandic coast a rebound has also been recorded.

The International Whaling Commission (IWC) estimates that there are around 4,500 blue whales in the world today. Blue whales may grow up to 30 meters long and weigh up to 200 tons. The blue whale was relentlessly hunted throughout the 19th and 20th centuries until a prohibition was put on the practice in the 1960s, by which time the species was dangerously near to going extinct.

It was estimated that there were 200,000 blue whales in the oceans across the world before large-scale killing got underway. The population had dropped to just a few hundred by the time the ban was put into place, with commercial hunters responsible for as many as 30,000 annual deaths. Scientists believe that the capacity of blue whales to communicate with possible mates across great distances has contributed to the recovery of blue whale stocks.

In the meanwhile, Japan has threatened to withdraw from the IWC after nations that are opposed to whaling refused to negotiate a plan that would enable four Japanese coastal villages to engage in a limited amount of whaling. The anti-whaling countries also gained enough votes to prolong the embargo on hunting.

Greenland’s amended petition to boost its aboriginal quota of minke whales to 200 was also approved by the commission, as was an additional proposal to hunt fin and bowhead whales. Greenland’s original intention was to restart the killing of humpback whales; however, the country was confronted with staunch opposition from critics who pointed out that humpbacks and bowheads had short reproductive cycles.

How many blue whales have been killed?

How Many Blue Whales Are Still Alive? – The number of blue whales that are still alive in the globe is estimated to be between 10,000 and 25,000. This is a very little number, despite the fact that it may seem like a huge number. Since around 1911, blue whale populations have seen a precipitous decline that may be described as exponential.

To be more specific, the present population of this species is only approximately 3 to 11% of what it was over the same time period in the preceding century. You may probably guess that this places blue whales in a high danger category for extinction. They are classified as an endangered species because of this reason.

This is due to the combined effects of a large number of human activities and several natural dangers. Because of their status, these creatures are afforded certain safeguards by the government. Nevertheless, this does not imply that they are risk-free.

As a direct consequence of this, blue whale populations experienced significant devastation.

The population of blue whales has been drastically reduced as a result of commercial whaling activities carried out all over the world. Today, blue whales are protected by both the Endangered Species Act and the Marine Mammal Protection Act since both of these laws identify them as endangered species.

How many GREY whales are left?

The Antarctic blue whale is the biggest mammal that lives on our planet and is a magnificent sight to behold in its natural habitat.