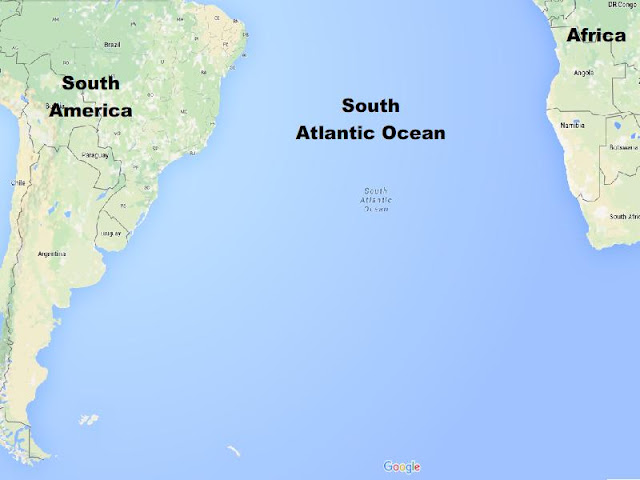 Here are some maps of the Atlantic Ocean for you to better understand the geography of the ocean. These maps will help you to gain detailed knowledge.

The maps listed below are:-

Name of the Ocean: Atlantic

Percentage of Earth’s Surface Area: about 20 %

The Northern part of the Atlantic Ocean is more commercially active than the southern part. North Atlantic Ocean divides two most economically advanced regions of the earth- Europe and North America. Billions of dollars of trade is going on using the sea routes of the ocean.

The equator is the dividing line between the north and south Atlantic. So, along with North America and Europe, northern part of Africa and South America continent also touch the North Atlantic.

Note: These countries are well developed with high standard of living and stable governments.

Note: These African countries are poor with low standard of life for the citizens with frequent social and armed unrest and rampant corruption.

Note: Countries listed from Cuba to Saint Kitts and Nevis are called Caribbean countries. They are all small island nations. All these countries are relatively under developed.

Note: Countries listed from Mexico to Panama are called Central American countries. These countries are not that developed like USA or Canada.

USA and Canada have coastlines with both the Pacific and Atlantic Ocean.

Most of the Central American countries are connected with both the Atlantic (via Caribbean Sea) and Pacific Ocean.

Note:  Colombia is the only South American country with coastline in both the Atlantic Ocean and Pacific Ocean.

Marginal Seas of the North Atlantic

Note: Although connected the Mediterranean Sea and Baltic Sea are generally not considered as a part of the Atlantic Ocean.

Map of the South Atlantic Ocean

South Atlantic Ocean separates South America from South Western Africa. These areas are relatively underdeveloped. There is also less commercial activities in the southern part of the Atlantic than the Northern part.

Marginal Seas of the South Atlantic 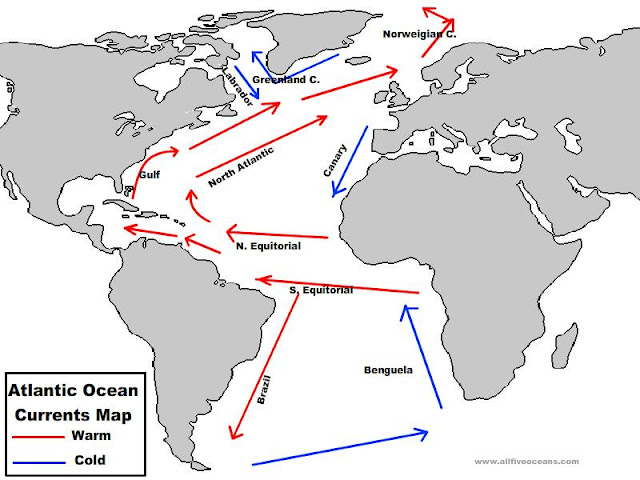 Ocean currents are constant flows of surface water of the oceans to a certain direction following a certain course. It is like huge rivers on the ocean surfaces. The major surface currents of the Atlantic Ocean are: