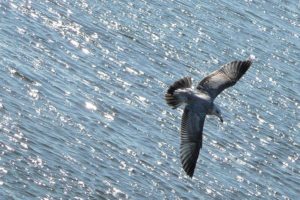 Approximately 71% of the surface of the world is covered by the five oceans of the world. Most of the water on earth is in the oceans. All these are actually part of the large world ocean. It is divided into five smaller oceans.

Name of the five oceans are the Pacific, Atlantic, Indian, Southern, and Arctic oceans (arranged in a descending order according to their size). So, the Pacific is the largest and the Arctic is the smallest of all oceans by surface area.

Here is a list of all five oceans according to size. It will help you to form a quick idea:-

The Pacific Ocean is in the area between the Americas and the Eurasia continental systems. Australia is in the southern part of this ocean. 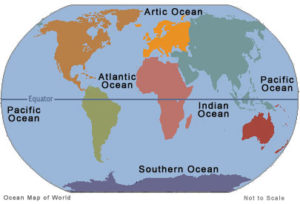 The Pacific was unknown to the European people in the ancient and the middle ages. The Spanish explorer Vasco Nunez de Balboa was the first among the Europeans to cross the Isthmus of Panama to reach the Pacific Ocean. Magellan was credited to give the ocean its name. He called it as “Mar Pacifico” i.e. “The Peaceful Sea”.

With its 41.1 million surface area, the Atlantic is the second largest ocean after the Pacific. Almost 1/5th of the earth’s surface is under its water. 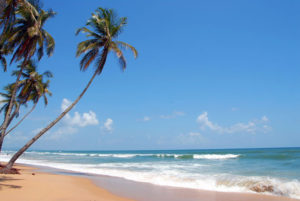 Atlas, the Titan of Greek mythology held up the sky. The Atlantic Ocean is named after him, literally meaning, “Sea of Atlas”. Actually, the Greeks believed that it was a gigantic river.

Atlantic separates Europe from North America. It is also is in between Africa and South America. From ages, it is the busiest Ocean of the world. 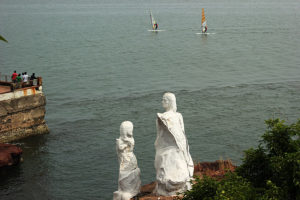 The 3rd largest of all five oceans of the world, the Indian Ocean is named after India. It is the only ocean named after a country or rather a sub-continent. It is in the south of Asia and west of Africa.

Southern Ocean is also called as the Antarctic Ocean. It is the part of the World Ocean encircling Antarctica. Sometimes, it is considered merely as a part of the Atlantic, Indian, and the Pacific Ocean.

The northern limit of it is 60 degrees south. It is a very cold ocean with floating icebergs. The water is completely different from other larger oceans.

The Arctic Ocean is around the North Pole of the earth. It is the smallest and shallowest of all oceans. Some oceanographers do not consider it as a ocean. They prefer the term Arctic sea.

The Arctic is mostly surrounded by Asia, Europe and North America. Maximum part of the ocean becomes frozen solid during the winter.

The water of Arctic lacks salinity. The ice covered water is flooded by the big rivers of Siberia. But the ice cover of the ocean is shrinking due to global warming. It has been observed that the rate of disappearance of ice cover is 3% per decade.
It occupies an area of 5.4 million sq ml or 14 million km2. The ocean is surrounded by Russia, Norway, Greenland, Canada and Alaska. 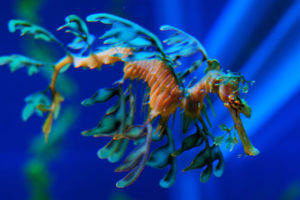 The 5 oceans cover most of the earth. There lived millions of species of animals and plants. Some of these lifeforms are microscopic while some are too huge.

Marine life has immense variations according to the habitations. The animals living in the coral reefs are quiet different from those which prefers to live in sandy sea beds.

Oceans are incomplete without its inhabitants. We should learn more about them. Due to the human activities like over fishing, pollution and carbon emission, the marine life is threatened today. We need to create more awareness among people to save them.

Importance of the Oceans

Oceans are essential for the existence of life on earth. The first life was originated and developed in the world ocean. It still plays its roll to maintain the life forms of our planet.

There are about 230000 known species of life form documented from the oceans. But, experts believe that there are millions more. Most of the areas of these vast and deep water bodies are yet unexplored.

Earth’s climate is mainly controlled by the ocean currents. It transfers heat from the tropical areas to higher and lower altitudes. Distance from these water bodies is one of the main controlling factors of a region’s climate. These are also the largest source of water vapor of air. This is important for creation of rainfall. 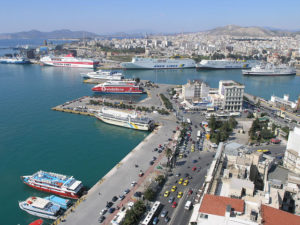 Most of the trade and commerce is done through the oceanic routes. From the ancient times, traders prefer to carry huge amount of cargo to distant lands using ships.

Marine water bodies are also supplies most of the fish people eat. Different types of fishes, crabs, oysters, lobsters, shrimps etc are captured and sold in various markets. It is a big industry which gives jobs to millions of people from the pre-historic periods.

Oceans can generate a lot of power to run our factories and light our cities. Natural gas and petroleum are being excavated in many areas. Tidal forces of the seas can generate a vast amount of clean, renewable energy.

The marine water is salty and so we cannot drink it. But it can be used in many other industrial purposes. Nowadays, using the reverse water osmosis technique, fresh water is being obtained from the seas. Such RO plants are in Israel, Saudi Arabia, USA, Pakistan and some other states.

The seas are also part of the five oceans. Large seas like the Mediterranean or the Arabian Sea are nothing but the extensions of oceans. These water bodies cover most of the surface of the earth. Life on earth greatly depends upon these huge water bodies. The climate and ecosystems of the land are also controlled by these. So, we must try to keep the oceans of the world free from pollution and over-exploitation to keep ourselves safe.